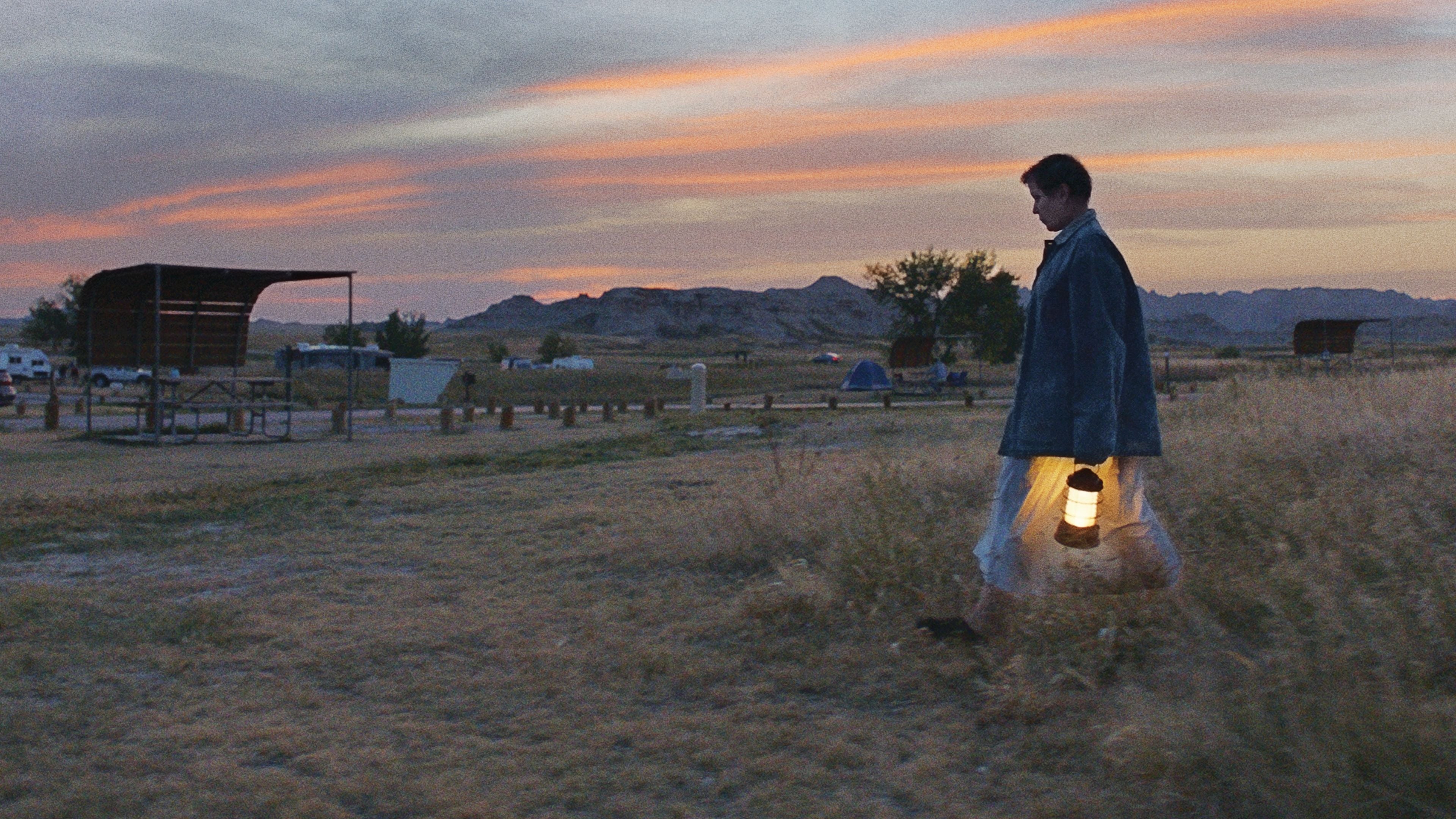 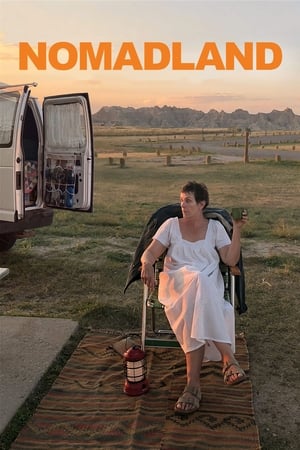 A woman in her sixties embarks on a journey through the western United States after losing everything in the Great Recession, living as a van-dwelling modern-day nomad.

There was a time when comic books were not only geeky, but a total "guy thing." Whenever I hear conversations about superheroes, it would be two guys arguing about whether Batman can take down Superman. I will admit my love of comics did come from watching comic-book film adaptations, but once I realized there weren't enough superheroes being represented on the big screen, particularly super heroines, I decided to do a little research of my own. It turns out that all the superhero films I grew up watching were directed by men, and the comic book nerds were mostly young boys and older men. Of course, there are young girls and women who are into comics, but it would make sense for them to feel overshadowed by the overbearing masculinity in the comic book industry, and by Marvel Studios. But, all that has changed. As many of us know, Marvel Studios has taken an interest in women-led superhero films, but some of us are oblivious to the women behind the camera and the pen. In this article, we'll be discussing women in Marvel, including women directors of Marvel films, women show runners, and writers of Marvel series. [Texts bolded in red are links to Marvel.com]

Before Captain Marvel was adapted in to a film, I remember seeing a comic book of a superhero with blonde, short hair, labeled Captain Marvel, and my first thought was, she must be the most powerful superhero if she's named after Marvel Comics. The point is I didn’t know much about her, and sometimes, when I see a superhero onscreen that I’m not familiar with, my expectations aren’t that high. But, there was no disappointment in watching Captain Marvel. My only disappointment is that not enough people are talking about this Superhero film. Not like the recent Marvel superhero films. This film has been directed by the filmmaking duo Anna Boden and Ryan Fleck. This means, technically, Captain Marvel is the first Marvel superhero film to be directed by a woman.

A 25-Year Ode to Frances McDormand and 'Fargo'

Frances McDormand is unquestionably one of the greatest actresses working today. Her recent Best Actress Oscar win for Nomadland (2020) has all but confirmed this notion, as she managed to top some of the stiffest competition the category has seen in years. Her performance in Chloe Zhao’s neo-western is the latest to deftly demonstrate her commanding ability to defy the preconceived expectations of women, especially women her age. There are strong hints of feminism to many of the characters she brings to life, and never in a way that feels overbearing. Moreover, despite the fact that many of her characters are inherently fictional, there is an even greater degree of truthful candor to them, largely due to how delicately she interprets them. Her characters don’t just break stereotypes so much as they also do so in a way that feels entirely natural and unquestionable. McDormand’s three Academy Award-winning performances are the most evident proof of how she is able to convince us she’s just a person going about her day, all but making us forget about her celebrity status. However, in a long and storied career, her most productive effort in this regard is that in her first winning turn in Fargo (1996).

Since the rise of the independent film movement of the 1980s and ‘90s, few combinations have been as effective as McDormand and her husband, Joel Coen. As filmmakers, Coen and his brother, Ethan, are practically a genre unto themselves. A Coen brothers movie is one with its own set of rules, its own understanding of human nature. A Coen brothers movie will not hesitate to subvert audience expectations and find the levity in even the most perilous of situations — a grisly murder could have just occurred and you’d still be hard pressed not to let out a slight chuckle. A Coen brothers movie peels back layers to reveal the morose underbelly of an idyllic landscape, a kind of disturbing realization that can only be found when you stop and take a look around. A Coen brothers movie can be damn near anything it wants to be, cause a whole lot can happen in the middle of nowhere. And no other entry in their distinguished oeuvre embodies such a sentiment better than the black comedic crime thrills of Fargo. It stands to reason as to why Coen’s perennial leading woman feels like such a natural choice as the headliner of the movie.

Playing upon the conceit that what is to unfold is based on true events, Fargo follows car salesman, Jerry Lundegaard — whose greedy, but dim-witted nature is perfectly embodied by William H. Macy — as he hires two equally greedy and dim-witted thugs to kidnap his own wife in order to extort a hefty ransom from his father-in-law and settle his many debts. And, of course, as is the case with many a Coen-penned story, pretty much everything that could possibly go wrong does exactly that, which leads to the arrival of pregnant police officer Marge Gunderson as she relentlessly works to track down the inept criminals disturbing the peace in the quiet, snow-covered Minnesotan landscape.

To understand a film like Fargo is to understand everything that it’s not and everything it should never be labeled as. It is by no means typical in terms of its narrative structure, character development, or general outlook on the human experience. At first glance, it might be only too easy to accuse the film of being underwhelming, especially in comparison to the rave reviews and many accolades it accumulated upon its release. But that’s kind of the idea. It’s a movie that’s worth multiple watches, and leaves your eyes glued to the screen each and every time, because its story exposes the various anachronisms of suburban life that couldn’t possibly be revealed in a single glance. At a time when big-budget studios were in the throes of male-centered action movies, senseless comedies, and dark thrillers, a little independent film with a strong female presence proved that you can combine the best elements of all these genres and touch upon something more profoundly human than anything that came before.

For all of its outlandish genre-mashing, Fargo more often than not feels like a legitimately real story with characters you might meet on the street or in a dingy bar. Such is the strength of the Coen brothers’ gift of gab and their keen understanding of what audiences presume to know about the movies and their relationship to society. Audiences often assume that a character’s pregnancy has significant weight on the plot and would make her weaker in their eyes. Audiences often assume that criminals are always one step ahead and know what makes their victims tick. Audiences often assume that well-to-do suburban husbands with a loving wife and son would not descend into a world of shady embezzlement and arranged kidnappings. And audiences would assume that a movie called Fargo would have more than just one scene set in North Dakota. But that’s not how this movie works, and, more importantly, that’s not how life works. Life is measured in the small problems that are made all the more outrageous by the folly of incompetent men whose attempts at rectification simply create more problems. Fargo affirms this notion by purposefully misdirecting the viewer and reminding us all that life, in essence, is but one giant mess.

How Subtle is Too Subtle in ‘Nomadland’?

They say home is where the heart is, and Nomadland is all heart…if you project onto it, at least. Following a woman living in her van going from one temporary, minimum-wage job to the next, the film gives some insight into a world often hidden from the on-screen due to its often realistic and unromantic nature. When we watch movies, especially mainstream Hollywood ones, there is always a large amount of excess in both story and lifestyles. It's more “fun” to focus on the lives of rich and middle-class people where wealth possibilities are endless and the story doesn’t have to acknowledge class inequalities (which is one of the most glaring issues of American society). However, Nomadland doesn't shy away from this and gives light to a harder lifestyle that’s outside what is considered ideal: unstructured, singular, with few possessions, no white-collar career, and nomadic. Departing from what Americans have been conditioned to believe is the “right” way of life (marriage, 2.5 kids, a life-long 9 to 5, and faith in “the system”), Nomadland comes out at a great time to cover its themes of political inequality, the need for travel and freedom, and the grand uncertainty of life. Audiences get to experience pain and nostalgia without the dramatics of bourgeois life. Instead, they are given a look (not immersed though) into the simultaneous oppression and freedom in living outside the bounds of society. There is, though, an issue of representation that lingers throughout if this really is authenticity or playing poor for a faux self-awakening from the audience. The portrayal of job insecurity and poverty is framed more as an alternative lifestyle than an act of circumstance despite the recession being the main factor in the character’s life-altering change.

The incomparable Frances McDormand tells Fern’s story through a collection of images where we get to closely study her countenance and the emotions that bubble at its surface. Her hard face and reflective smiles can bring tears to your eyes since it allows for personal introspection to put on the film instead of hard-lined narrative meaning to be outwardly thrust upon viewers. She asks for patience and eventually does get it out of you when one finally gives themselves over to just experiencing rather than searching for a narrative (which admittedly is how our minds are conditioned to view films). Her chemistry with her love interest Dave is just as endearing, where they don’t get caught up in over romantic plans of star-crossed lovers. It addresses an often ignored reality among older peoples of wanting company with one another rather than needing some whirlwind romance. On the other hand, seldom do we even see older people (particularly older women) being madly in love and passionately excited for a romantic relationship. I suppose she learns to love herself and the freedom of not being tied down to anything — though she is still stuck to doing minimum wage jobs that often abuse their workers and do not provide a suitable amount to live off of.

A woman in her sixties embarks on a journey through the western United States after losing everything in the Great Recession, living as a van-dwelling modern-day nomad. 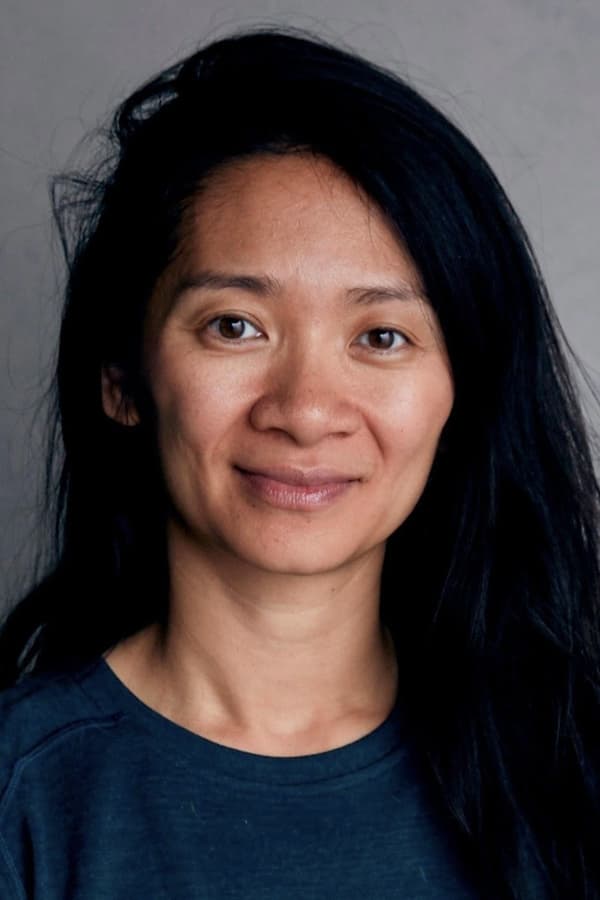 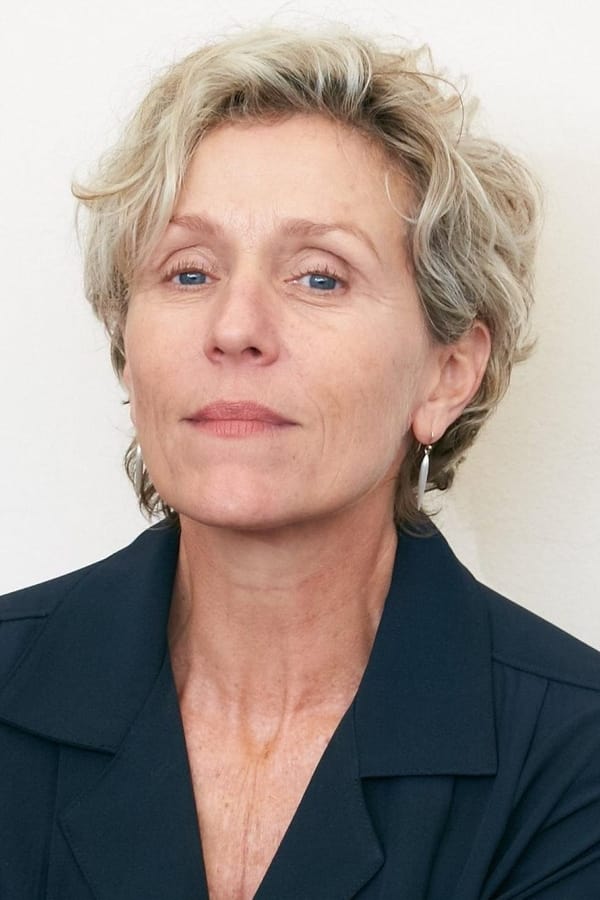 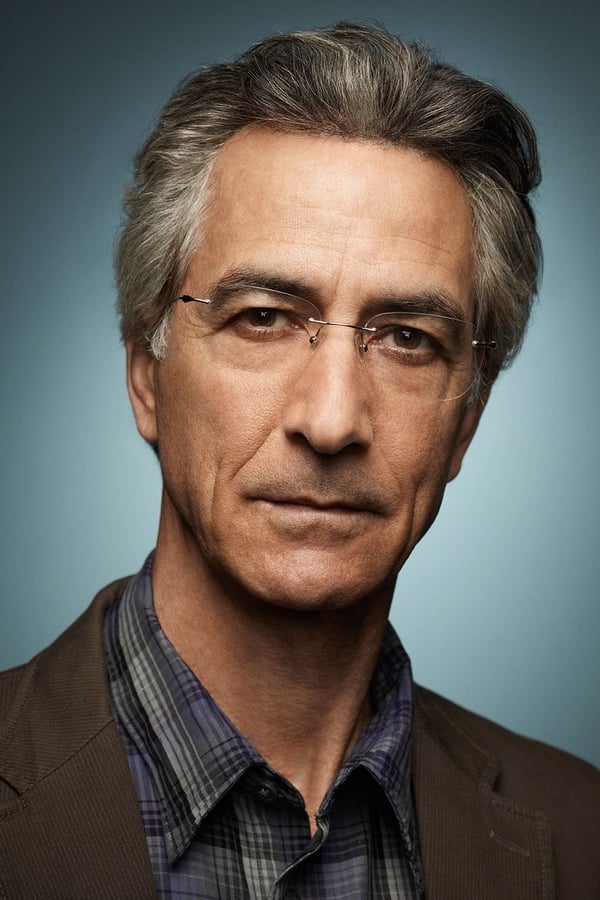 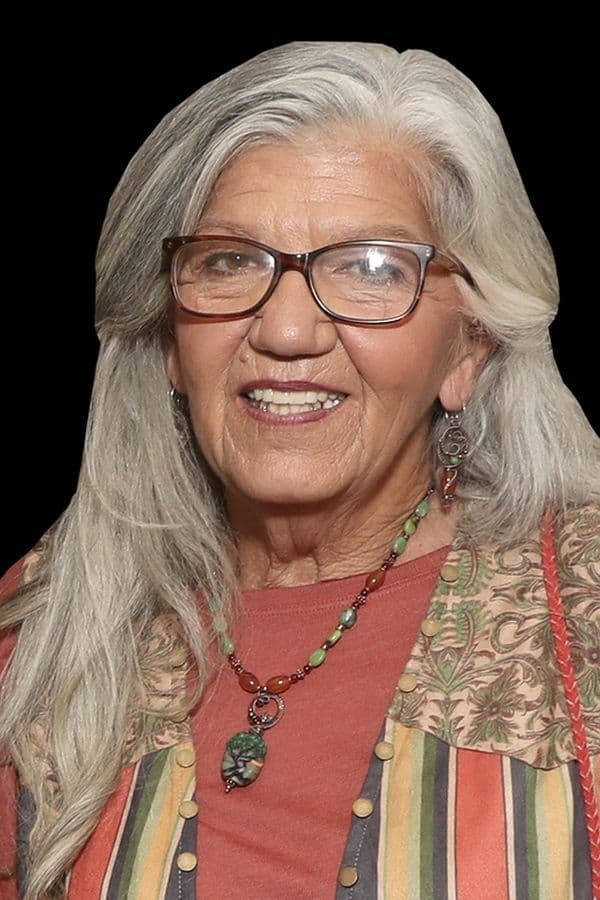 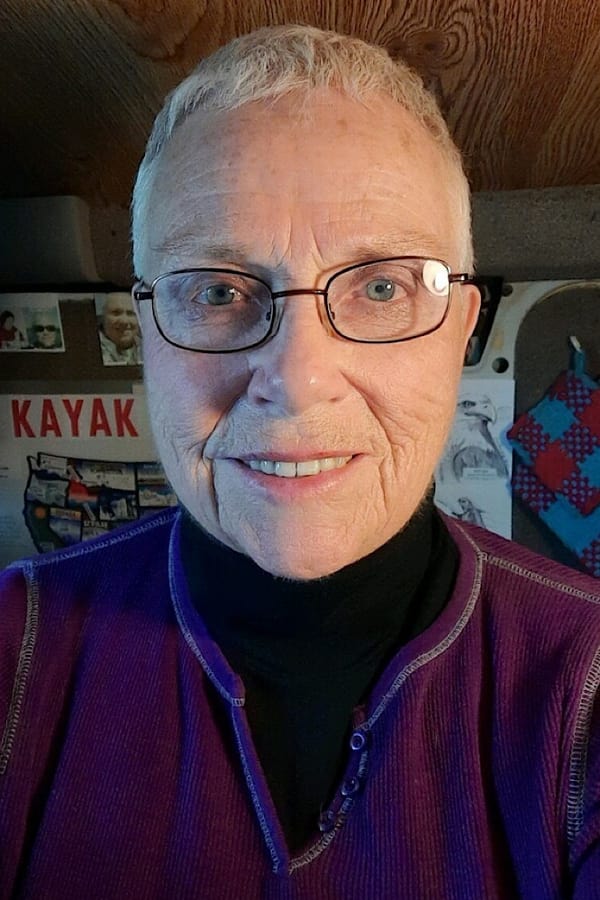 "Thunder Road" presents the grief that comes from a family member taking their own life.

'The English' Rejuvenates The Western By Cherishing First Nations

When it comes down to it, The English explores what happens when power is unchecked and how those who seem powerless, have more strength than most through their convictions for justice.

Why Pit 'Alien' Against 'Aliens' When Ripley is Great in Both?

Ripley is a great character because she serves two distinct, but rewarding, purposes in the original film and the sequel.