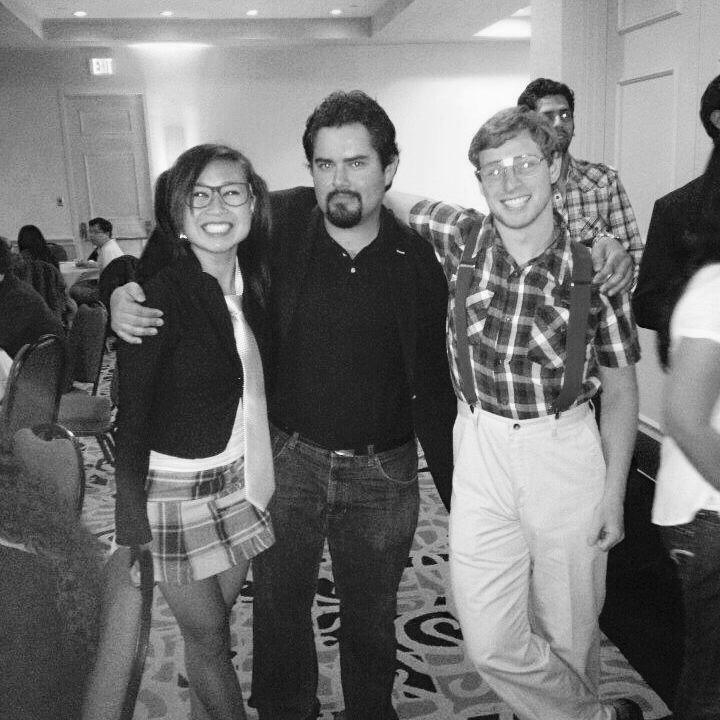 Cathy Yee with John and Ian at USC

Cathy Yee is the founder of Incluvie. As a little kid, she yearned to see more colors and shades of people on screen – people who looked like herself, her cousins, and her friends. She grew up in a diverse American town with people of all heritages - Haiti, China, England, Nigeria, Russia, and Peru amongst others. Her world was a rainbow of cultures and personalities. She noticed a pattern though - that only some of her friends looked like the protagonists of the stories they watched.

As a kid, she was confused – and although she thought this disparity was unfair, she figured that she was just a kid. What did she know? Maybe her friend was right – that he deserved to play the superhero and president every time because he had the same hair, eyes, and facial features as those in the TV shows that they watched together after school. Maybe he was the only one who could grow up and become them. After all, she'd seen all sorts of stories, but never saw a girl president. It seemed that the possibility of someone who looked like herself being the president or hero must be more absurd and unrealistic than turtles that talk and become ninjas, or dinosaurs being brought back into existence. Should she and her other friends even bother?

Then Cathy grew up a little bit, and decided to shine a spotlight on the space between perception and reality. That is why she created Incluvie. She wants to show people that heroes of every color can and should save the world. She knows and believes deep in her heart that humanity is beautiful, and that people of all colors have brilliant stories and amazing potential!