If you’re also a major fan of the familiar strangers story between two people of different generations, here are 5 underrated films you probably haven’t heard of, but might thoroughly enjoy.

Familiar strangers have always been a matter of fascination for me. It’s sometimes the beginning of something brilliant, like in the famous trilogy which began with Before Sunrise. Or it might be something liberating and reinforcing, like in Lost in Translation. It might even be empowering but borderline scandalous, like in The Bridges of Madison County. In each case however, there’s always a special place in your heart reserved for that stranger, and the journey you two share makes a significant impact on you as a person. Sometimes, it’s purely platonic, but still making just as much impact on both people involved, like in Begin Again. Even more enticing are the ones with a distinct age gap. It’s a familial sort of bond, but without the weight of being actual family, and thus more candid and so even more redeeming, like Charlie’s bond with his English teacher in The Perks of Being a Wallflower. If you’re also a major fan of the familiar strangers story between two people of different generations, here are 5 underrated films you probably haven’t heard of, but might thoroughly enjoy.

Miss Stevens tells the story of three school children Margot (Lili Reinhart), Sam (Anthony Quintal), Billy (Timothée Chalamet) and their English teacher Rachel (Lily Rabe) as they go for a two day trip for the students’ participation in an acting tournament. Billy is mentally ill, but his parents have given permission because he needs the experience. Plus, he’s extremely talented, and their best hopes at winning. During their stay, Billy and Rachel connect, forging a bond beyond the traditional, but consciously not crossing any boundaries. He helps her with her repressed emotions, and she helps him with his disconnection from people.

Timothée’s performance is arguably his best ever, and the scene where his character performs a monologue for the tournament, is one of Chalamet’s finest moments on screen. Lily Rabe is incredibly composed, beautifully embodying the repressed state of mind of her character. Julia Hart has created a narrative of catharsis for Miss Stevens, with even a small dialogue on the adolescent sexualization of teachers by young male students, from a man. It borders on man-splaining and her relationship with that man is good commentary. Also, there’s a gay classmate, but his presence is not used for representation purposes only, and it’s just sincere acknowledgement. 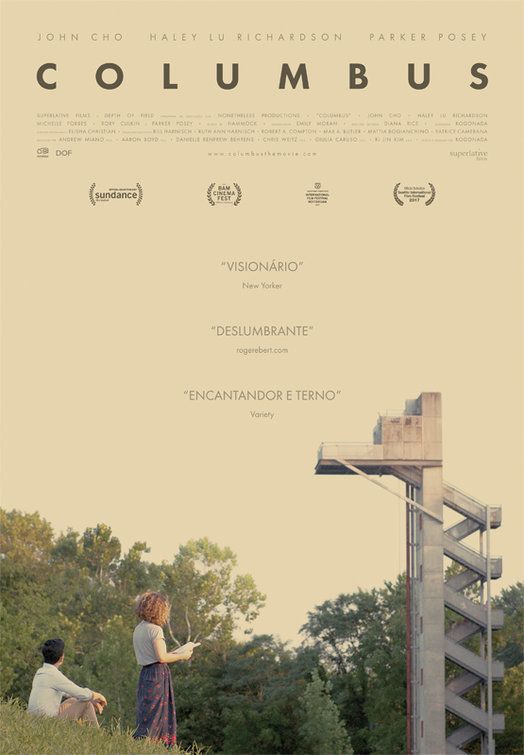 Columbus, set in Columbus, Indiana, tells the story of a young girl Casey (Haley Lu Richardson) who lives there with her hard working busy mother Maria (Michelle Forbes). She’s an architecture student who works at the library. Jin (John Cho) is her teacher’s son, come to see him because he’s taken ill. Jin is uninterested in architecture, and he feels emotionally detached from his father due to absence during childhood. The two strangers, of two different age groups, both craving companionship and dealing with a lack of parental presence in their childhood, become unlikely friends.

There’s practically no camera movement in the film, except for a few slow tracking shots of walking conversations. This adds to the frozen-in-time charm of the town which feels distinct from the rest of the world. The architecture in Columbus is exquisite, and the way Casey talks about it, you can see poetry in the shapes that the buildings take. Casey has to confront the uncertainty of the future that lies outside Columbus when college comes, and Jin has to confront the bitterness of the past with his father’s situation, and Kogonada’s take on the emotional journeys, is both cathartic and visually beautiful. With a bright colour palette that focuses on the lushness of every shade, it’s a treat for the eyes. 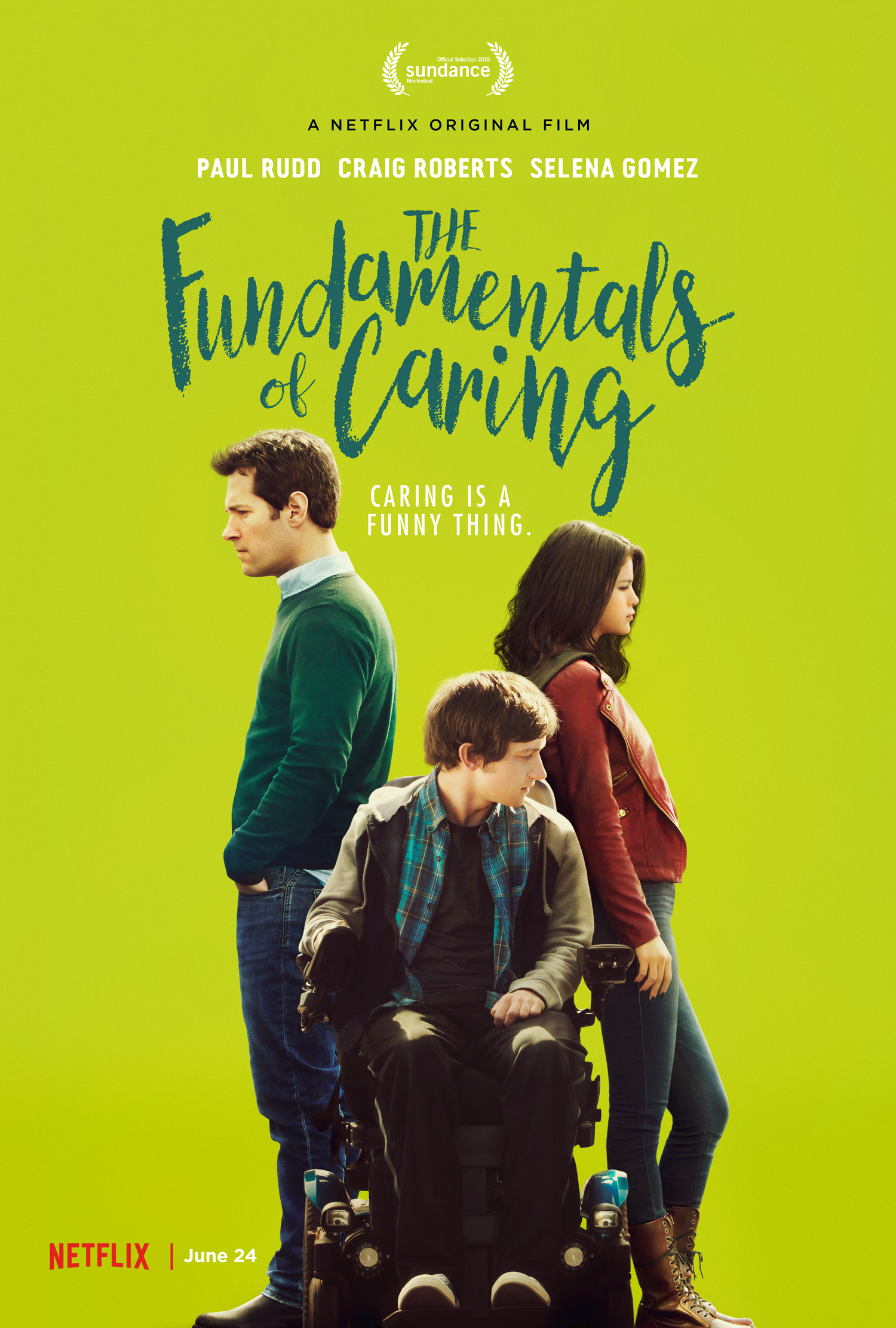 The Fundamentals of Caring is about an 18 year old kid, Trevor (Craig Roberts), who has muscular dystrophy, and his bond with his caregiver Ben (Paul Rudd). Ben is avoiding confronting his wife’s divorce attorney. Trevor is from England and he feels so fascinated with America that Ben takes him on a road trip. Trevor reveals that he actually wants to also meet his deadbeat dad once they’re on their way. Along the journey, they pick up a girl Dot (Selena Gomez) who Trevor develops a crush on. The three of them spend the rest of the trip together, which provides Ben with the catharsis he needed.

Craig Roberts is amazing with the dry wit and the obnoxious body language and the palpable sadness about the condition. As an actor without Duchenne muscular dystrophy, he’d done extensive reading on it , and practiced living in a wheelchair to make it look authentic. The film is quite funny, although Trevor’s sense of humour is quite morbid at points. Instead of making a very inspiring ode to the power of the human spirit, Rob Burnett offers a more honest look at the reality of those who have the disease. In keeping with this, the colour palette of the film is also somewhat gloomy, not exactly vibrant. 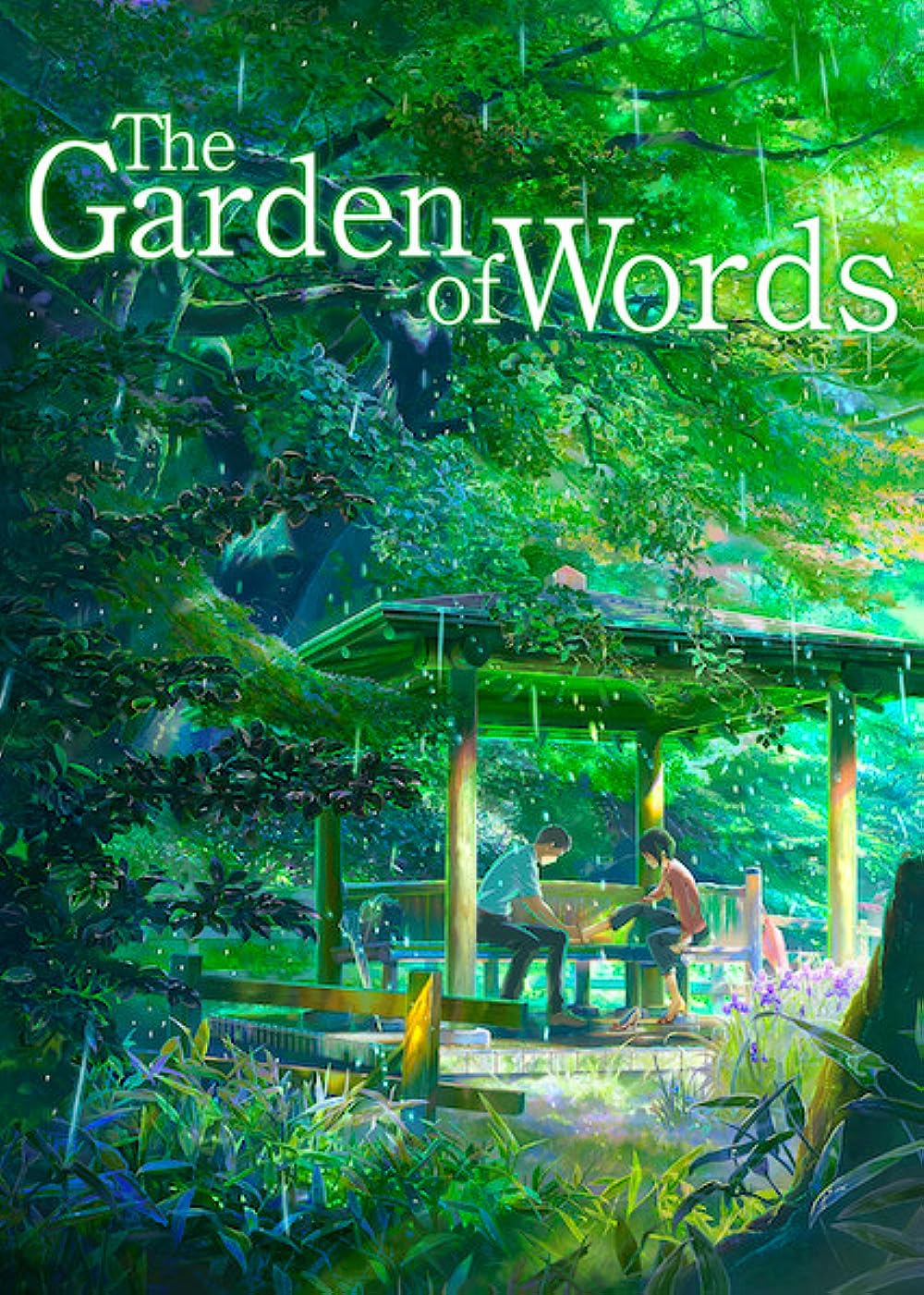 The Garden of Words is actually my favourite of the films in this article. Granted, it’s barely 46 minutes long, but that’s enough for Makoto Shinkai to tell a timeless tale you’ll never forget. It’s about a schoolboy Takao (Miyu Irino), who aspires to be a shoemaker, and his unlikely bond with a woman Yukino (Kana Hanazawa). Takao skips school on rainy days, to go to a picturesque garden and enjoy the atmosphere, before heading over to school post lunch. And it’s there that he meets Yukino sitting there alone, drinking and eating chocolate. Without planning, they keep meeting there, till Takao learns something about Yukino that changes everything.

Many viewers have criticized the film for its ‘feet obsession’ and its apparent validation of pedophilia. However, I feel like their bond transcended the typical, and the particular line ‘In that place, you saved me’, is proof of that. Either way, one thing everyone can agree on is that the film is one of the most visually spectacular ones. The animation is simply stunning, and makes the world look rather inviting. I’d love to live in that place forever, and it’s the perfect rainy day film. No matter how weird the plot may feel to some, it’s an endearing story of how emotional attachment knows no boundaries, and is universally therapeutic. 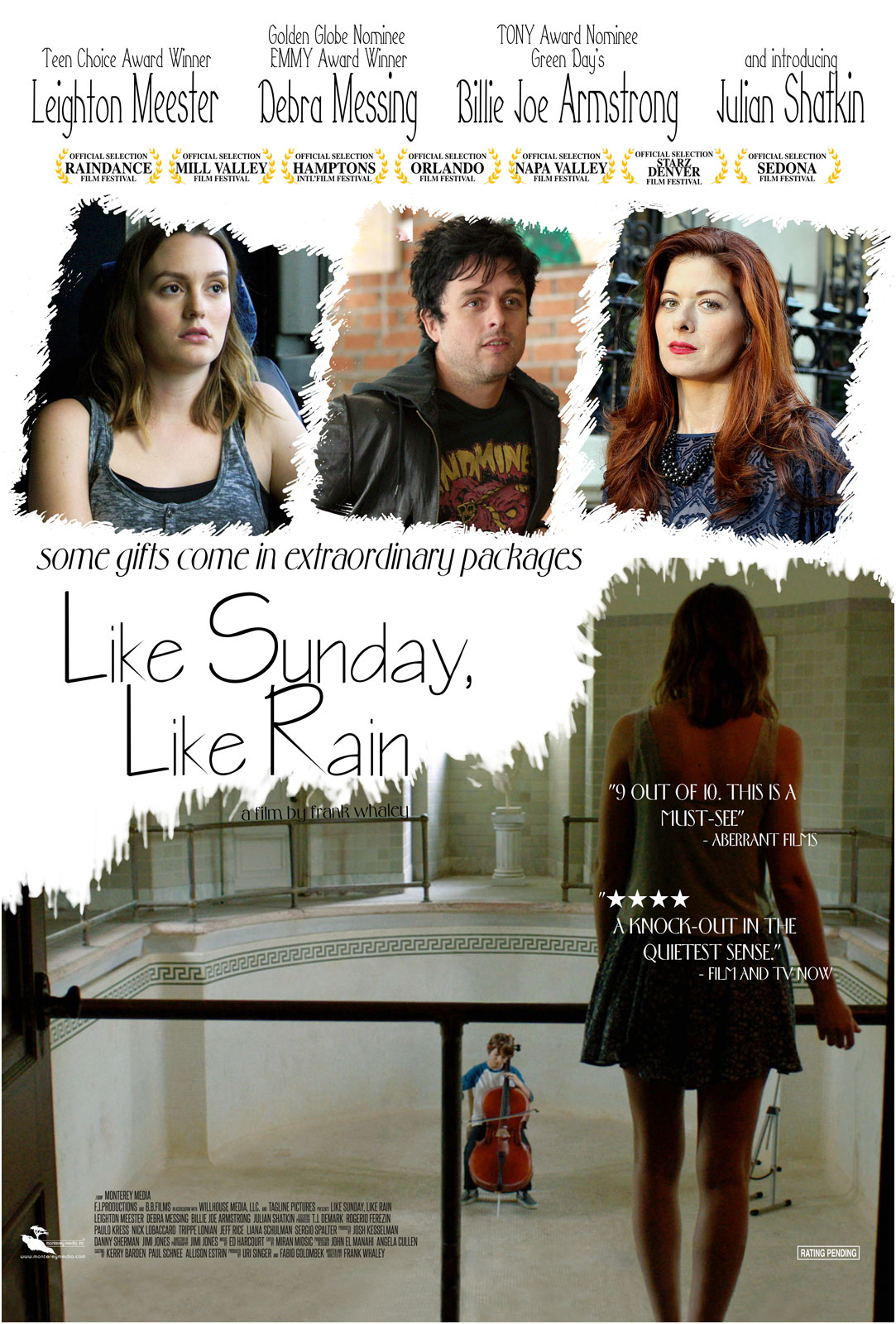 Like Sunday, Like Rain tells the story of a 12 year old math and cello prodigy Reggie (Julian Shatkin) and his nanny Eleanor (Leighton Meester), it’s an actual feeling. Eleanor is recovering from a bad relationship, and looking for a job, and happens to come upon the opportunity to babysit for a wealthy family. The boy is intimidatingly aware of himself and way too articulate for his age. However, instead of that making him bossy, it becomes the basis for the beautiful friendship between him and Eleanor, who is in a bad place, detached from her family, and being stalked by her boyfriend. They bond over Reggie’s music at first, and music is the last thing they have a proper conversation about.

Goodbyes always hurt, and this film beautifully captures the bittersweetness in the temporariness of accompaniment. Some strangers become familiar without trying to, and letting go can be the toughest reminders of the fact that eternity is only a concept, and in reality, eternities last only so long. The bond between the two is spiritual, and the captivating nature of that is expressed perfectly in the musical piece of the same name as the film. Frank Whaley’s use of symmetry in this film makes it a comforting and aesthetically pleasing watch, accentuating the warmth in the energy of their friendship.

Do you know of any films with similar storylines, that you think people should know about? Mention them in the comments on Instagram / Twitter.

Previous Reading
'King Richard': A Portrait of a Black Father Seeking Respect
Next Reading
'The Harder They Fall': This Ain’t Your Grandma’s Spaghetti Western