Death on the Nile (1978) film mindless entertainment playing out on sets and wonders larger than the stakes, both of these films fail to live up to the hype of Agatha Christie's mystery. Check out cast & characterless controversy.

Writing mystery can be a rather difficult task. Where other genres can mask exposition through action or worldbuilding or jump scares, pure mystery has much fewer tools available to generate intrigue among exposition drops. Some more successful examples include Knives Out’s flashbacks revealing twist after twist filtered through the perspective of a non-detective main character; Sherlock’s flashy visuals and witty, lighting speed dialogue, and Hitchcock’s mastery of suspense. However, for any of this matter, you need a mystery to start the film or book off, and no hint of Agatha Christie’s mystery appears in either adaptation of Death on the Nile until an hour into each film.

Both films employ the story of investigating the murder of a wealthy English-woman (Linnet Doyle/Ridgeway, portrayed by Lois Chiles in 1978 and Gal Gadot in 2022) which occurs during her honeymoon paddleboat cruise down the Nile River. Everyone on the boat bears some grudge against Linnet making our detective Hercule Poirot’s (Peter Ustinov in 1978, Kenneth Branagh in 2022) work cut out for him.  Both films also use a structure of exposing us to many of the clues before we have a mystery to solve, but the difference between the self-serious tone which Branagh’s 2022 adaptation attempts to strike and the embraced camp of the 1978 adaptation is quite marked. 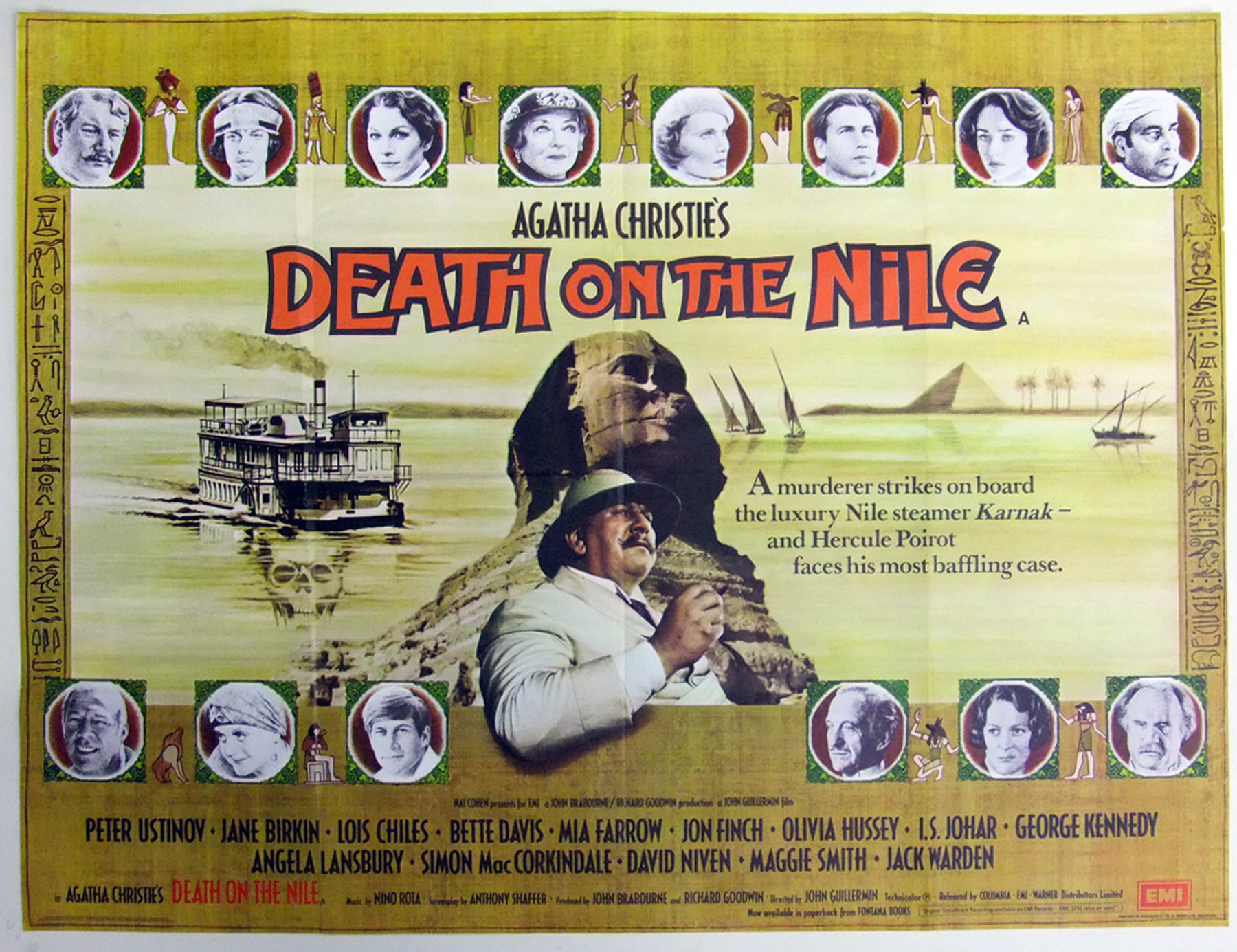 Many will probably feel disinclined to see the 2022 film purely on the basis of controversy and scandals surrounding the cast (most of which came to light after casting & filming happened in 2019), whereas the 1978 film had at most a couple of divorces which would have interfered with its box office returns. While startext (public perception of an actor/actress given previous performances & actions) can add another dimension to a film (check out Jimmy Stewart in Vertigo), the limited engagement of startext in Branagh’s adaptation only serves to muddle character motivations and dynamics. In fact, many of the performances seem so generalized that it’s difficult to find the more dramatic beats anything but comical and may stand as some of the worst performances of the actors and actresses careers. 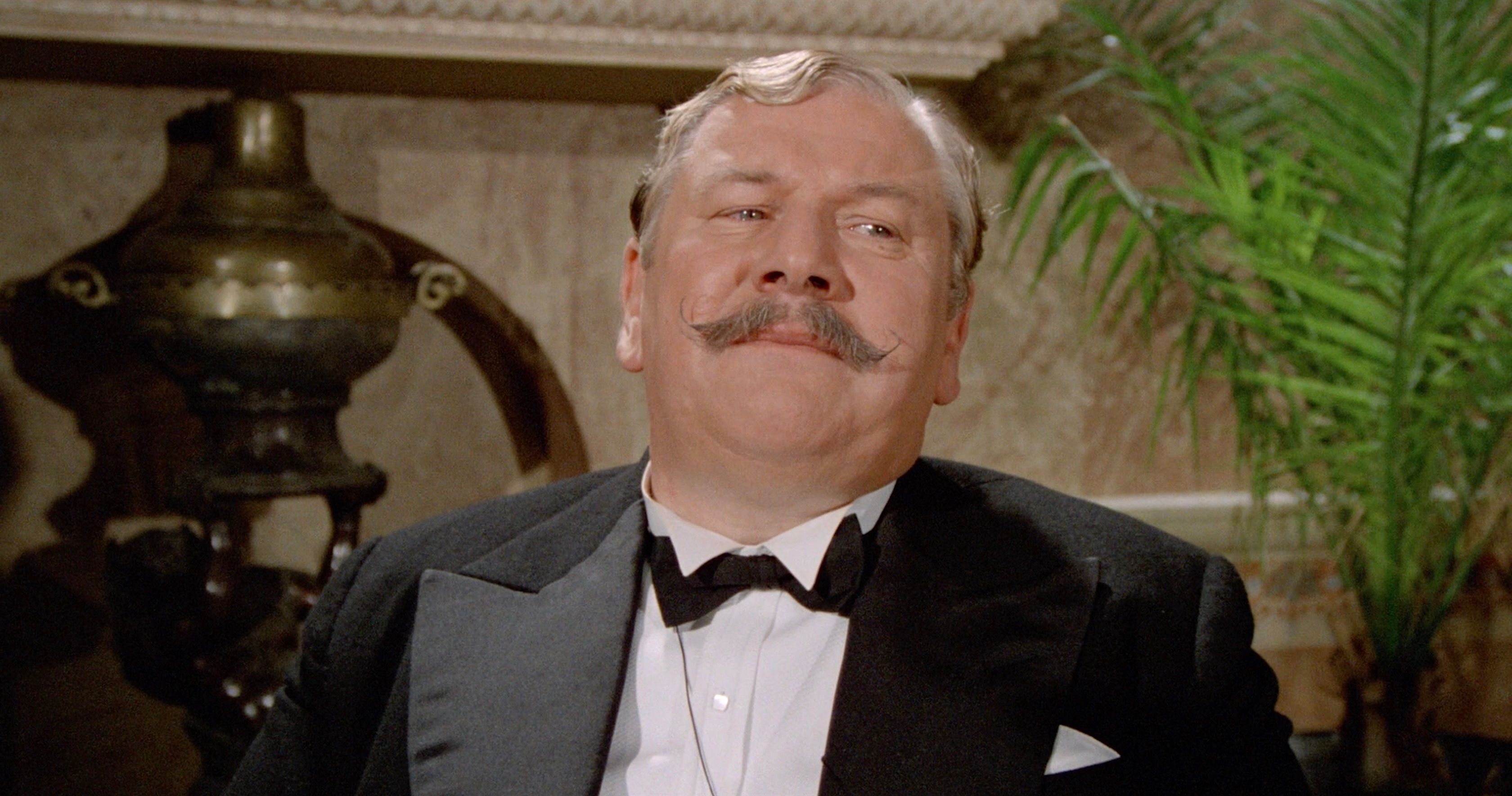 On the contrary, while they may be slightly more one-dimensional, the performances of the death on the Nile 1978 cast bring each character’s traits into focus. For example, Christie’s mystery portrays Hercule Poirot as self-absorbed, nosy, and egotistical, which in conjunction with his stature makes his roman demigod namesake ironic and emblematic of his egocentric view of the world. Peter Ustinov’s performance includes many small moments that illuminate these qualities and irony such as hiding or pretending to be napping while an important conversation is nearby or constantly being the first to accuse a new suspect of committing the murder or the air of snobbery and self-assuredness that pervades his character in spite of other characters criticizing his methods and conclusions. You could hardly fault anyone for questioning if Ustinov’s Poirot has indeed solved the case when the climax comes along. In contrast, Branagh’s Poirot is rarely the first to accuse and only made to seem nosy by awkward cinematic devices which make the moments when other characters criticize him ring hollow. (It seems rather impossible for someone to hear a conversation from across a crowded club with live music.) 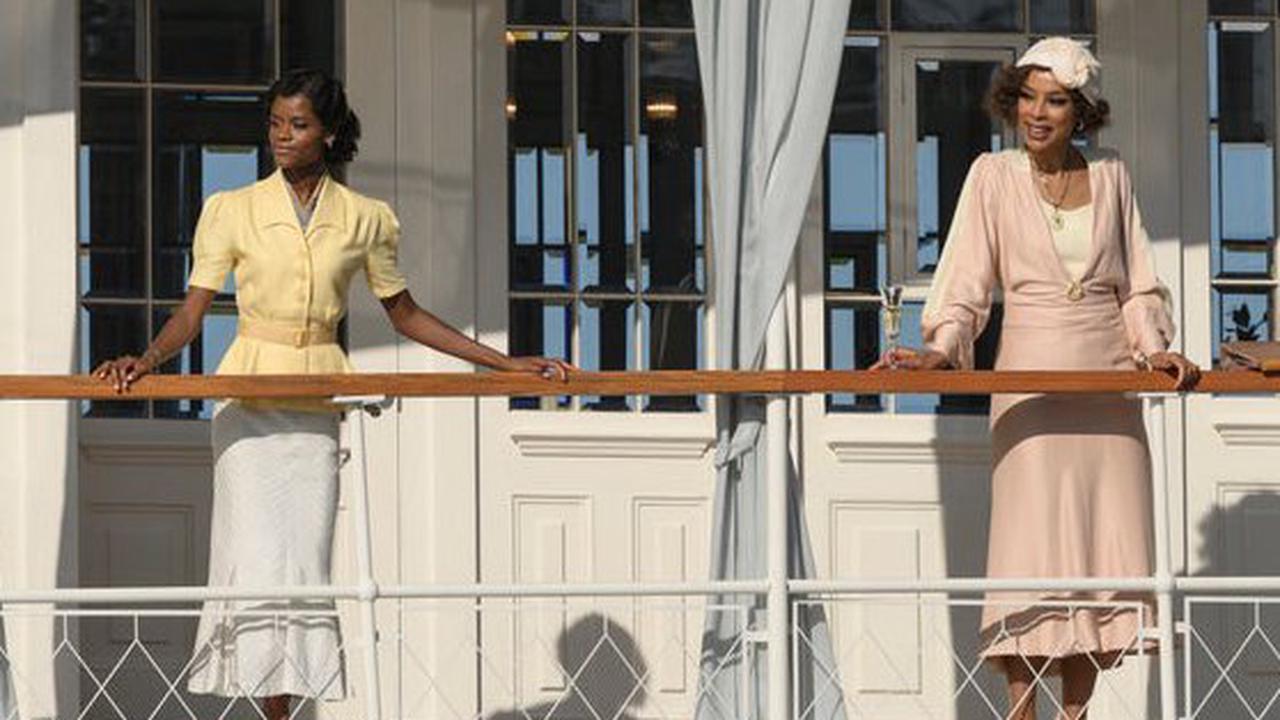 In fact, perhaps the only person giving a strong performance in the 2022 adaptation is Sophie Okonedo, who disappears into Salome Otterbourne, a musician/singer hired by newlyweds Linnet and Simon Doyle (Simon MacCorkindale in 1978, Armie Hammer in 2022). However, with Salome Otterbourne changed from writer (in Christie’s mystery & the 1978 film) to jazz singer and from comic relief side character to a primary love interest for Poirot at the same time as Okonedo being the first brown woman to play the character gives the character concerning undertones of minstrelsy (she performs primarily to white people) and seductress/jezebel stereotypes. While she does not end up with Poirot in the end, the writing leans into the jezebel stereotype by portraying Salome as the character coaxing Poirot out of his relative asexuality and shows no indication of another black or brown man who might be competing for her affection.

Letita Wright’s Rosalie Otterbourne has less stereotypically problematic elements, but also remains rather underdeveloped as a character. While Tom Bateman’s Bouc is written as her love interest, the film offers very few moments to show their romance and the pair have even less chemistry.

On the other hand, the death on the Nile 1978 film mostly shies away from engaging in any discourse on race, ethnicity, or nationality, apart from the cringy, stereotypical, generic African-Middle Eastern-Asian cruise manager Mr. Choudry (performed by I.S. Johar with the equally generic and stereotypical Indian accent we might associate with other American and British films of the late 70s and early 80s) and a few poorly-aging jokes about characters needing to “speak a language we can all understand” when they are speaking German or French. Instead, the 1978 film hits more notes of sexism and misogyny by framing many of its female characters as seductresses or defining their character through their sexual partners.

Many people watching either adaptation of Christie’s mystery will find Marie Van Schuyler (Bette Davis in 1978, Jennifer Saunders in 2022) and Ms. Bowers (pitch perfect Maggie Smith in 1978, Dawn French in 2022) the most endearing & entertaining characters of the film. The pair is perhaps the least central to the plot and frankly seems like they are there just for fun. The 2022 version makes the pair an outspoken communist lesbian couple, but I find the performances and writing of the 1978 film, such as dialogue threads about Ms. Bowers needing a vacation/holiday seem much more campy & queer. Both of these films arguably avoid the Kill your Gays trope, but neither show much thought was given to their representation either. The most interesting part of their relationship is how it serves as a microcosm of class warfare. No character in either film is experiencing poverty, but another thread of dialogue pervades the 1978 film wherein Marie inquires into Ms. Bowers desires and rejects or ignores them after they are noted, not dissimilar to Linnet’s dismissal of her servant Louise Bourget’s (Jane Birkin in 1978, Rose Leslie in 2022) choice of husband. (Are Linnet and Louise dissatisfied lovers too?) To some, this may strike an all too familiar note of the societal elite believing they know what is best for those whom they have marginalized or oppressed. 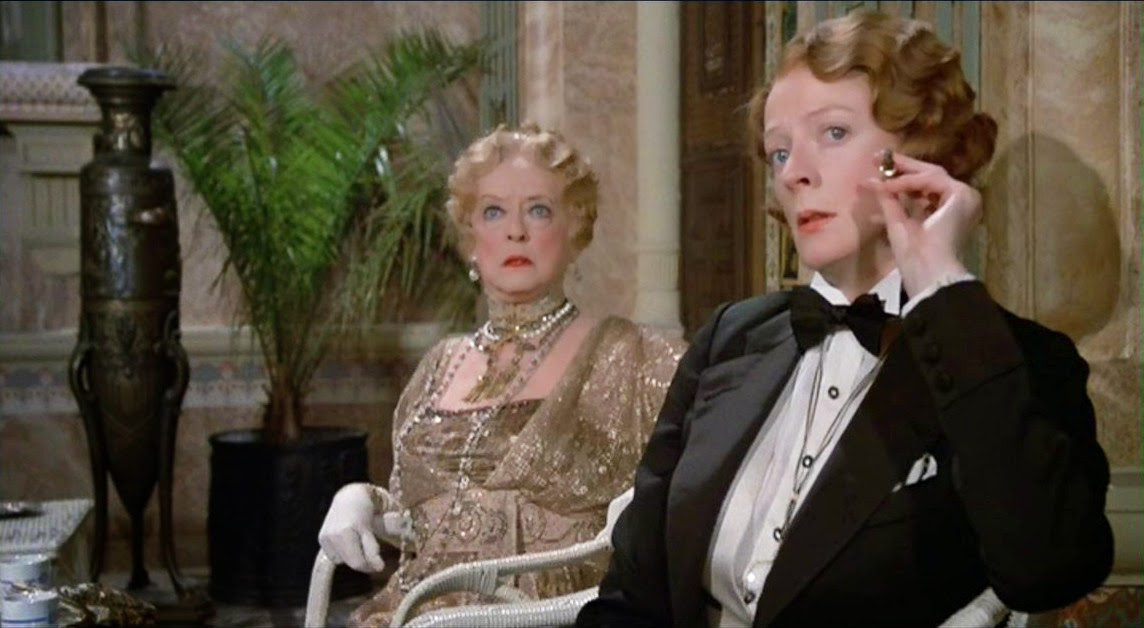 Kenneth Branagh’s Death on the Nile may look like a movie and sound like a mystery but for all the effort it put towards creating in-studio & CGI replicas of Ancient Egyptian wonders, the bland canvas of characters, both in writing and performance, leaves little to resonate deeper than what we are told. It attempts to diversify the cast in a rather understated way to mixed results. On the other hand, John Guillermin’s 1978 Death on the Nile makes the white, America-centric, racist, and sexist lens of the film painfully obvious, but has the writing, performances, and editing to give the film momentum, gravitas, and comedy that the 2022 film fails to capture. Unless you are looking for thoughtless entertainment playing out on sets and wonders larger than the stakes, both of these films fail to live up to the hype of Agatha Christie’s mystery.

'The Hand of God': Authentic Memory or Cliché Love Letter?

“To be universal, you have to get specific”: while the film does not attempt to provoke discussions about queerness or race, those watching closely may find something resonant in Sorrentino’s love letter to the Naples of his youth.

Battles will come and go and queer people do die for their identity and fights for rights, but that doesn’t mean the gays don’t deserve their happy endings in stories.

There is Strength in Silence: An Incluvie Film Festival Review of “Kung Fu Chit”

Kung Fu Chit was a beautifully made, empowering short film that really spoke to me. Featured in Incluvie’s 2020 Film Festival, Kung Fu Chit tells the story of a girl who doesn’t quite fit in.

Incluvie Writer
February 27, 2021
Previous Reading
Parasite: A Para-Sight for Sore Eyes.
Next Reading
A Homosexual Cowboy is Still a Cowboy