Mulan had to struggle to feel like herself and see herself properly. Some of us have to strive to have our reflection mimic what’s inside. We have to crawl. We have to fight.

Mulan (1998) is a Disney animated musical directed by Tony Bancroft and Barry Crook and was Disney’s 36th animated feature. It’s based on but is not an exact adaptation of, the Chinese legend Hua Mulan.

The film takes place in the Han dynasty and is centered around Fa Mulan, a young girl who struggles with her expected role as wife and daughter, due to her more rough and clumsy nature. When the country begins conscription to combat a Hun invasion, she takes her ailing father’s place in the army and goes to war.

Some people may not know the film’s impact on the trans community and how much we all love it, identify with it, quote it, sing the songs…you get the picture. It was one of the first films that showed us ’90s queer babies any trans representation.

Most especially, we all love the song “Reflection”.

“Who is that girl I see – staring straight back at me? Why is my reflection someone I don’t know?”

Trans Representation Doesn’t Have to be Direct 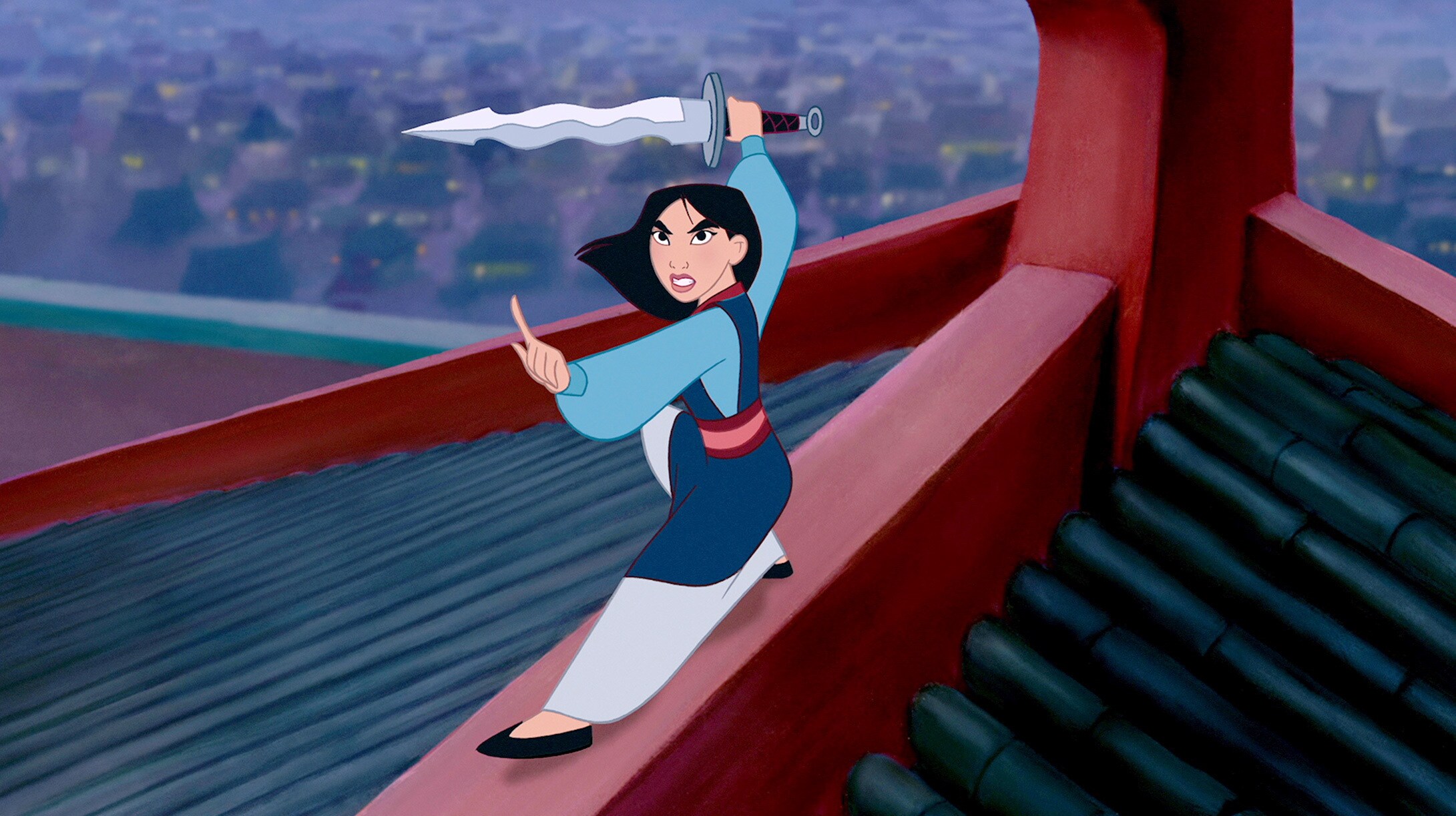 Before anyone starts – no, Mulan isn’t trans. But she represents the trans experience perfectly through her story and a lot of little trans kids were moved by the film because of the storyline and metaphors used.

And this wasn’t just a happy accident.

Erika Dapkewicz, also known as Miss Mako, trans writer, editor, and musician, worked on Mulan through production. Every step of the way, every song, every scene.

She hadn’t realized what an impact her own gender dysphoria had in the creation of the film until years after its release. Years after she came out as trans. It wasn’t until her trans community group began talking about the impression Mulan left on them that it hit her. It brought her to tears. Trans representation bled into the film without her even realizing it.

For more detail on Erika’s story and an interview with her, check out DreamSounds’ video “Mulan and Being Trans”.

Trans representation isn’t always direct, but having a character who isn’t happy in their assigned role, who feels like no one knows who they really are, and like the face they wear isn’t their own is not only relatable to queer people but resonated with them before they knew their own identity.

This mirrors my own experience with the film. I was only six years old when it was released and when I first watched it I was starry-eyed. Blown away. It moved me, excited me, and…confused me. I wanted to be Mulan – I related to her so heavily, after all – but at the same time I didn’t want to be her. This continued through my life as I wanted so desperately to be me – but if that me was a woman?

I guess I didn’t want to be me.

There’s a scene during the “Reflection” song where Mulan wipes off half of her makeup so that part of her face is decorated and painted and half is naked. This scene left an imprint on my young mind.

This scene has two different displays of trans representation. It not only has heavy “half and “half” connotations that many trans people struggle with, but it also represents masking. Masking is something that queer people do, it’s something Neuro Divergent (ND) people do – it’s when you pretend to be something more acceptable to society so that you fit in.

I’ve been masking for years.

“Somehow, I cannot hide who I am, though I try.”

This happened throughout my entire life. Masquerading as a tomboy to appease strict Christian relatives and acting the part of the independent woman hoping to please my feminist mother, aunt, and grandmother.

But something funny happened every Halloween. Every single Halloween costume was a male character. This included Inuyasha from the anime Inuyasha, Mark Cohen from the broadway show Rent, Frank N. Furter from Rocky Horror Picture Show, Pippin Took from The Lord of The Rings, and more. I never dressed as a girl.

My costume was not a costume. It was the only time I wasn’t wearing a costume.

Mulan Had to Struggle to be Herself, Like Me

Today, “Reflection” still gives me shivers and nearly brings me to tears with its lyrics. It brings up memories and trauma associated with my own reflection as even when I was having a good day and feeling my best – seeing my own face in the mirror ruined it. Even on days that I felt like Jimmy…I didn’t look like Jimmy.

Mulan had to struggle to feel like herself and see herself properly. Some of us have to strive to have our reflection mimic what’s inside. We have to crawl. We have to fight. It takes time, introspection, hormones, surgery. It takes blood, sweat, and tears.

I’ve begun transitioning now. I look more like me than I ever have before. Now I’m much more likely to burst out singing “I’ll Make a Man out of You” rather than “Reflection” because of the affirmation in my gender.

In fact, I was singing it the other night as prepped myself for my testosterone shot – ha ha!

Hua Mulan was Different, But Still Offered a Similar Stance

The original Chinese legend had a different, but still relevant take on gender than the animated movie. It’s trans representation, but it’s another angle. My brother (who’s much more literary, scholarly, and intelligent than me) told me about it one day and it shook me. It gave me pause.

It didn’t showcase Mulan as a strong woman. It showcased her as a strong person. A strong human. And what else matters?

This is almost said word-for-word at the end of the story. After Mulan’s taken her father’s place in war as a man, fought over a decade of battles, and been offered a high-ranking position in the government for her amazing services in the army, she retires to her hometown.

When her comrades come to see her in her family home they’re shocked. They see her in a dress, combing her hair and fastening yellow flowers into it. After twelve years of enlistment with her, they never knew she was a woman.

She responds with a metaphor: “The male hare has heavy front paws. The female hare tends to squint. But when they are running side-by-side close to the ground, who can tell me which is male or female?”

Mulan‘s impact on female empowerment in our culture is well known, as is its awesome diversity. Read more in-depth about both these topics in our other articles “Mulan” and “Whale Rider”: Director Niki Caro’s Take On Gender Inequality) and Best Animated Disney Movies With Diversity.

We can criticize depictions from old media, but they weren’t simply “good for their time”. They were fighting and struggling in a world we can’t imagine.

Sersi in Eternals is a New Look at the Female Gaze

Having Sersi be the central force in Eternals is unprecedented in its viewpoint and focus, from demonstrating a gentle type of leadership, to being overlooked in a group setting but succeeding in the goal at hand anyways, to having romantic options, to strength and integrity, and majority screen time - for a group that's given less screentime than aliens.

Incluvie Writer
March 29, 2021
Previous Reading
Netflix’s ‘The Last Days of American Crime’ is a Crime Against Entertainment
Next Reading
'Ted Lasso' Steps Up its Incluvie Game