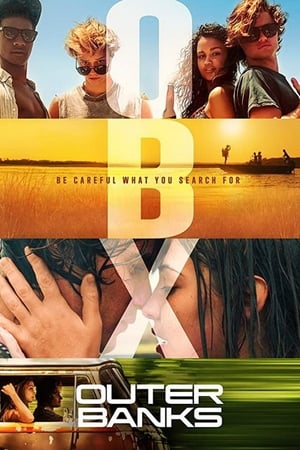 At once exaltation and elegy, Ribbon of Sand profiles the natural history of North Carolina's Outer Banks, a seascape of transitory barrier islands doomed to disappear.

Outer Banks (2020-) knows its audience: young adults in a country that can’t stop romanticizing good ole’ treasure hunts. Add a little of Riverdale’s (2017-) sex appeal, and no one can look away. Forty years after The Goonies (1985) America’s consciousness hasn’t strayed from the same tropes: treasure hunts, a vulnerable white male lead, and the whitewashing of a racially segregated setting.

In Episode 3, aptly named “The Forbidden Zone,” the show’s preppy antagonists attack Pope (Jonathan Davis), a member of the core four groups of leads, on a golf course. Two white men attack a black man “trespassing” on a golf course. The show portrays this instance of violence as a conflict between two social classes: the economically disadvantaged “pogues” and the well-off “kooks.” These two groups supposedly aren’t defined by race, but each contains supporting minority characters. The show’s failure to acknowledge the racial nature of this violence exemplifies why so many white people in America don’t believe racism exists. They have the tools to explain it away. When Pope is beaten up, he isn’t black, he’s a “pogue.” The class distinctions of Outer Banks enable young viewers to view racial violence in a way that does not challenge their understanding of race.

The show’s setting also ignores its racial context. Sara Cameron (Madison Clyne), a “kook” who becomes the love interest of “pogue” John B (Chase Stokes), lives on a former plantation. However, the show does not discuss the legacy of slavery. Instead, slavery is merely a backdrop for the white kids (and Pope) going on their treasure hunt. In real life, would John B really look Pope in the eye and say, “Hey, let’s go explore this planation!” Sadly, he probably would. If that’s true, then the show doesn’t do anything for America’s social consciousness at all. Not that it meant to.

At once exaltation and elegy, Ribbon of Sand profiles the natural history of North Carolina's Outer Banks, a seascape of transitory barrier islands doomed to disappear.